Six years ago, I put some about-to-expire Aeroplan points to use and traveled to Winnipeg, Manitoba for what would turn out to be my first of many visits. A handsome young man I had just met invited me to join his family for Thanksgiving and I am one to say yes to travel opportunities when they come my way.

I have since been back more times than I can count and I take it all for granted now – the big skies, the somehow gritty yet hip downtown, the crisp, clean air. So when Google did that creepy thing and reminded me of these photos I took six years ago, I thought it was about time I take a moment to appreciate this underrated part of the world. Here are the eight things I forgot I had learned during my first trip to Manitoba.

1. They really are not lying about those BIG prairie skies. Harvest had just about finished when we arrived, so most of the fields looked like this. It meant that there was nothing standing in the way of myself and the seemingly endless horizon in most directions. My tour guide knew his way around the country – he spent the first twenty odd years of his life working on the family farm. Seeing the country through the nostalgic eyes of someone who recently left for the big city might have helped to sell me on the romance of it all. 2. Actually, everything is BIGGER when you leave the city. When you have spent most of the past ten years in cities with populations in the millions, the isolation of farm life seems all the more peaceful and beautiful. The farm house where my tour guide used to live is still in the family and sits on an active farm. (These grain bins will hold wheat, flax, canola or soy depending on that years harvest) (The category of “things I only did to impress a boy” includes climbing to the top of the grain bins to take in the incredible view. The smell of fresh flax and clean air would have been serene had I not been trying to hide my fear of falling the whole time) (Did you know that these things weigh over a ton? And are really hard to get up on?)

3. Despite what Toronto thinks, Winnipeg is the actual centre of Canada. Knowing my soft spot for all things Canadiana, my tour guide drove me to the longitudinal centre of the country. To this point, I had been as far East (Cape Spear, Nfld), West (Beaver Creek, YT) and South (Point Pelee, ON) as possible in Canada. Now I just have to find my way to Resolute…

4. Winnie the Pooh is the from Winnipeg and the 100 Acre Wood is a real thing (though not actually in Winnipeg). Assiniboine Park is one of the many gorgeous parks in the city – I was overwhelmed by the wide open green space. While not actually the 100 Acre Wood that inspired the Winnie the Pooh stories (that one is in Sussex), the park has been transformed to celebrate the stories of A. A. Milne and their connection to the city. 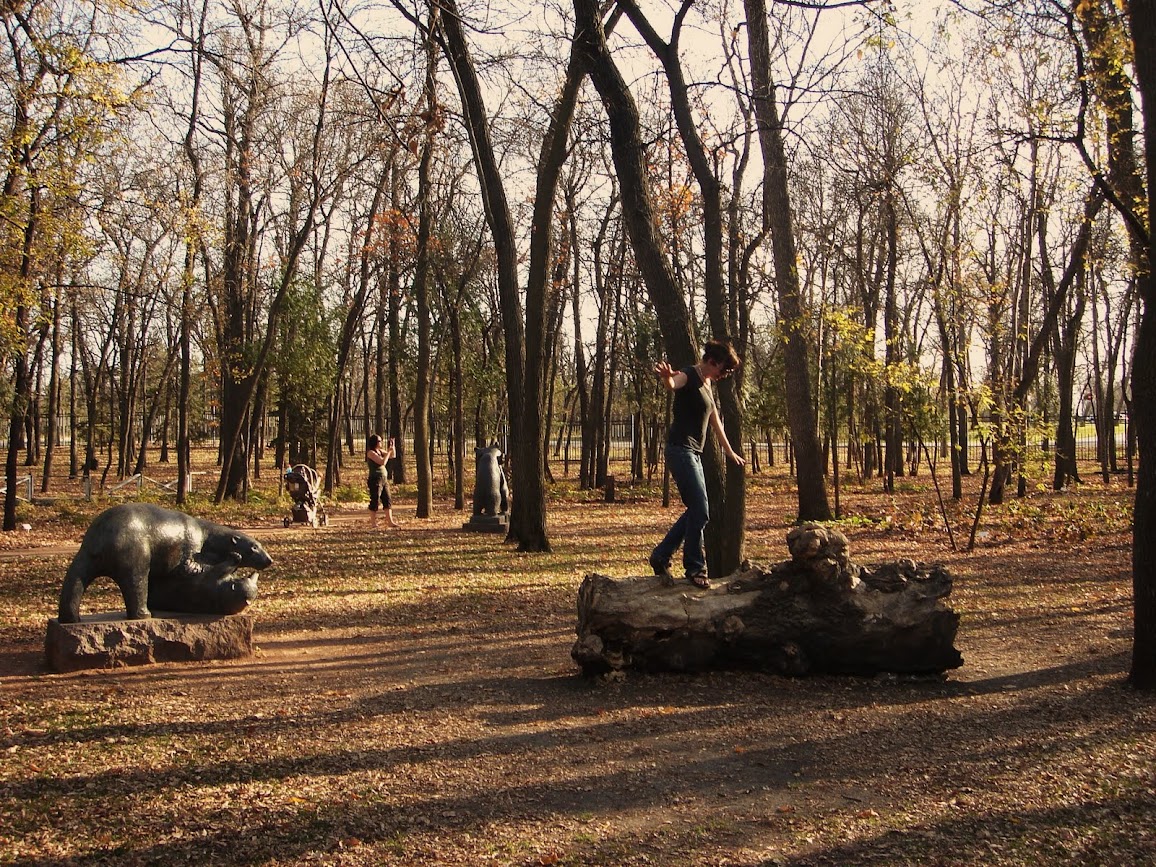 (The park is also home to the Leo Mol sculpture garden. Mol, a Ukranian Canadian artist has more than 300 sculptures on display throughout the woods)

5. The University of Manitoba is big, old and absolutely beautiful. The University of Manitoba was another HUGE surprise on the trip. Like many Canadian universities, U of M was able to get a hold of a fair bit of stimulus money in 2008 and the campus has certainly benefited aesthetically and structurally from the investment. The campus itself though is old and beautiful, inline with the University of Toronto and McGill. Founded in 1877, U of M was the first university in Western Canada and one of the oldest in the country. With a student body numbering around 28 000, it is also one of our largest. I had no idea.

6. Downtown Winnipeg is NOT what you think it is. Yes, of course their are gritty parts of downtown Winnipeg, and to wash over them would do a disservice to those communities in need. But I was shocked by the old beauty of the city. It is easy to forget that Manitoba was one of the first provinces to join the confederation after 1867, and given its important strategic trading location, was fairly well established by the end 19th century. The legislature was complete in 1920 and is everything a classic Westminster building should be. (Louis Riel above and more of downtown Winnipeg below) 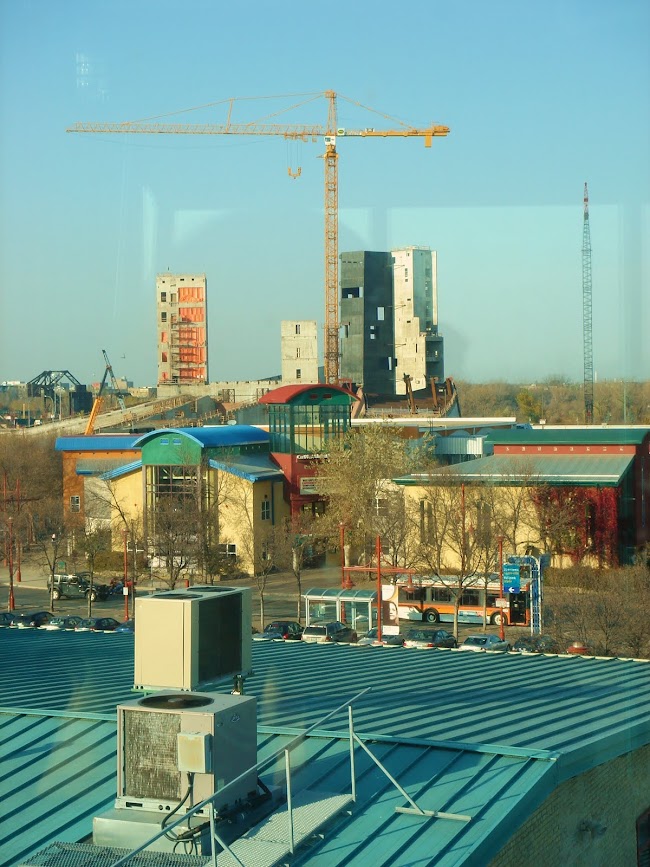 (Just to date this trip a little, this is a shot of the soon-to-be Canadian Museum of Human Rights) I have had the good fortune of living in some of the more spectacular parts of Canada – I grew up in the territories and call Vancouver Island home (despite my current mailing address in Toronto). I didn’t really get how a sunset without the ocean or the mountains could compare to what I grew up with. On the plus side, humble pie is easier to swallow when this your view. I learned gravel roads are really easy to skid on – or off of I guess. I was lucky. The ditch was nice and muddy, absorbing the impact of my future mother-in-law’s vehicle without causing any damage. And since skidding on gravel is apparently a common occurrence, my very forgiving tour guide and some nearby friends had it hitched, cleaned and back on the road in no time (albeit without me behind the wheel this time).

Trips to Winnipeg are now fairly regular, that good looking young man having won me over with his prairie charm. The city has so much to offer in terms of food and culture and outdoor beauty – it should be a must-see on everyone Canadian’s travel list. If I can offer one piece of advice though? Try to pick a warm weekend in the Fall for your visit. And a handsome tour guide helps too. (One last look back at the prairie roads)